On the Being of the Encompassing

From PHILOSOPHY OF EXISTENCE

THE FIRST ANSWER to the question of being arises from the following basic experience:

Whatever becomes an object for me is always a determinate being among others, and only a mode of being. When I think of being as matter, energy, spirit, life, and so on—every conceivable category has been tried—in the end I always discover that I have absolutized a mode of determinate being, which appears within the totality of being, into being itself. No known being is being itself.

We always live, as it were, within a horizon of our knowledge. We strive to get beyond every horizon which still surrounds us and obstructs our view. But we never attain a standpoint where the limiting horizon disappears and from where we could survey the whole, now complete and without horizon, and therefore no longer pointing to anything beyond itself. Nor do we attain a series of standpoints constituting a totality in which we arrive at absolute being by moving through the horizons—as in circumnavigating the earth. For us, being remains open. On all sides it draws us into the unlimited. Over and over again it is always causing some new determinate being to confront us.

Such is the course of our progressing knowledge. By reflecting upon that course we ask about being itself, which always seems to recede from us, in the very manifestation of all the appearances we encounter. This being we call the encompassing. But the encompassing is not the horizon of our knowledge at any particular moment. Rather, it is the source from which all new horizons emerge, without itself ever being visible even as a horizon.

The encompassing always merely announces itself— in present objects and within the horizons—but it never becomes an object. Never appearing to us itself, it is that wherein everything else appears. It is also that due to which all things not merely are what they immediately seem to be, but remain transparent.

WITH THIS first thought we carry out a basic philosophical operation. With it we desire to free our sense of being from its connection with knowledge (a connection that returns in ever different form). It is a simple thought, yet seemingly impossible to perform just as it opens up the greatest prospect.

What is logically impossible to accomplish in the usual sense of knowledge is nonetheless philosophically possible as increasing lucidity of a sense of being totally different from all determinate knowledge. We enter the widest realm of possibility. Everything that has being for us in being known acquires a depth from its relation to this realm, from which it comes to meet us, announcing being without being identical to it.

THE ENCOMPASSING needs to be elucidated further. We must acquire the language which alone will allow us to formulate clearly the basic questions about truth and reality generally. The thorough development of these preliminaries to philosophizing is one of the tasks of philosophical logic. Here a very sketchy suggestion must suffice to indicate the meaning of a few words for the encompassing that are to be used in the next lecture—the words “world,” “consciousness in general,” “existence,” “spirit,” “Existenz,” and “transcendence.”

The one encompassing—I speak of it in this manner to elucidate its content—divides immediately into the modes of the encompassing through the objectivity of determinate appearances. These modes separate off as we execute the following thought-steps:

Kant understood that the world does not become an object for us, that it is only an idea; i.e., everything we can know is in the world, never the world. He saw that, if we presume to know the world as a whole existing in itself, we are trapped in irresolvable contradictions—the antinomies.

There is more to the encompassing that I am than consciousness-in-general. I am as existence, which is the basis of consciousness. The return to reality executes the step from mere consciousness to real existence—the existence that has beginning and end, that labors and struggles in its environment, or tires and gives in; that enjoys and suffers, is anxious and hopeful. Further, I am not only existence, but am actual as spirit, into whose ideal totalities everything thought by consciousness and real as existence can be incorporated.

Taken together, these modes of the encompassing constitute indubitable actuality. They comprise the immanent being of both myself—existence, consciousness in general, spirit—and of my objects—the world. Whether this immanence is self-sufficient or points to something else is a further question. Indeed, men do leap out of immanence, in two ways at once: from the world “to deity and from the existence of the conscious spirit to Existenz. Existenz is the self-being that relates to itself and thereby also to transcendence from which it knows that it has been given to itself and upon which it is grounded.

This articulation thus does not mean cogent deduction from a principle, but rather an encounter at the limits. It means an acceptance of the modes of the originary presence of being.

LET US reflect upon the significance of what we have discussed so far. When the elucidation of the encompassing and its modes is successful, its effect permeates the meaning of every cognition. For it clarifies philosophical decisions that touch every aspect of our being.

1. The basic philosophical operation alters my sense of being. No longer can the totality of being be known in ontological concepts; in the last analysis it can be illuminated only as the encompassing realm, and as the realms in which we encounter all being. While ontology involved thinking of being as an order of objects or sense-unities, now—since Kant—every ontology must be rejected. What remains are the realms within which we  must first discover what being is. For ontology, everything was only what thought conceives it to be; for philosophizing, everything is simultaneously permeated by the encompassing, or else it is as good as lost. Ontology clarified the meaning of statements about being by referring back to a first being; philosophizing clarifies the encompassing in which everything that can be met in statements has its source and ground. Ontology attempted an objective clarification—that is, it pointed to something immediately evident in immanent thinking; philosophizing encounters being indirectly in transcending thinking. The model for the meaning of ontology is an ordered table of static categories, whereas the model for the meaning of the elucidation of the encompassing is an interlacing band of clarifying lines that move as though in suspension.

In the illumination of the modes of the encompassing a series of pseudo-ontologies inevitably arises upon which we seize. For the conceptual structure of these ontologies provides us with language. But the movement of philosophizing immediately dissolves their ontological meaning, and instead of a knowledge of a mere something causes the presence of an in each instance peculiarly colorful and open realm to emerge.

2. On the one hand, the interlacement in which being stands for us allows for an unlimited extension of cognition into everything that becomes an object. But on the other hand, in the encompassing it sets an impassable limit which at the same time gives wings to the meaning of cognition.

I was a German-Swiss psychiatrist and philosopher who had a strong influence on modern theology, psychiatry, and philosophy. After being trained in and practicing psychiatry, I turned to philosophy and attempted to discover an original philosophical system. Although people see me as a major exponent of existentialism in Germany, I never accepted the label with its materialist bent. 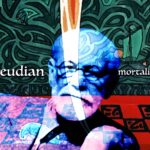 Future of an Illusion

A Bit of Wisdom for the Artist 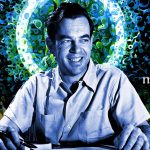 On the Being of the Encompassing

On the Death of God 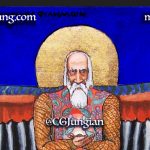 On the Nature of the Archetypal